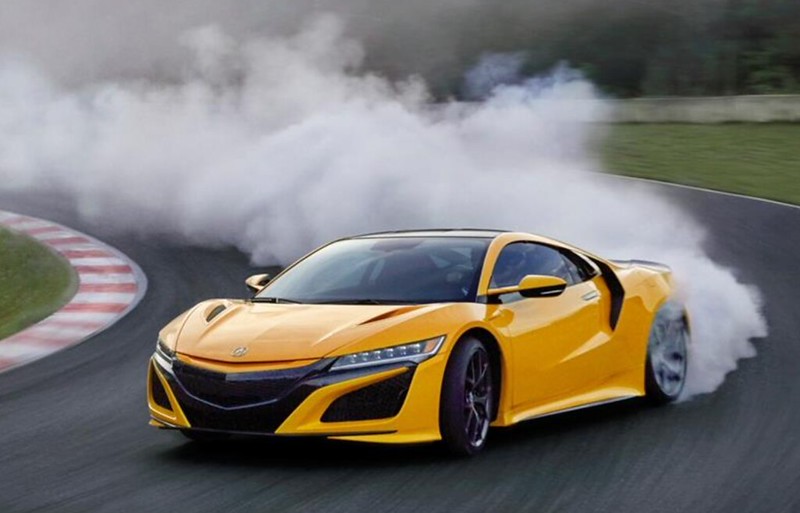 The 2020 Acura NSX is Ohio, USA made car. The is about $ 194,000 which is a good price for this puppy. The first Acura NSX which is also known as the Honda NSX was made in 1989. The car was sold to the public as a 1990 version instead. The car was aimed to rival the Porsche and Ferrari. The car was designed by Engineer,  Shigeru Uehara and Chief Designer, Masahito Nakano. So far, Acura has sold 1258 units of the car since the creation.

Lets start with the inside design. The car has a screen on the dashboard to change radio settings and stuff like that. The screen has a bit of a slow response when it is touched which is not a bad thing but not a good thing. The screen is not a touchscreen system and it has a set of button to move around the screen. below the screen is a mode selector which takes up a lot of space but comes is handy.

So the trunk of the car also covers the engine in the back. Since the engine is right next to the trunk, things might get a little hot. When you drive, you can set the mode to regular street mode or sport mode. The tires that Acura changed makes the car better to drive. They developed a new tire called the SportContact 6. The Company also changed the rear and front sway bar. The car rear  hubs got changed by 6% which is good for the car. After all these changes, the car make you wanna drive faster. Reason are because you get the feel of the car and it has more stability.

The car also got the driving system more tuned. That is most likely to be electronic work. I forgot to mention that the has a mid-mounted twin-turbocharged, 75-degree, 3.5-liter DOHC V-6 engine. With this engine. The car has extra speed and power that an average 2017 Acura NSX. The NSX has a better feel through the front end. The throttle response feels slightly better than the 2017 version. Also since the car is a NSX, the car is a hybrid as well so you can turn the car into quite mode using the mode knob. The car overall is better than other version when your driving fast and pushing it. The car has three electric motors. The front wheels each have a motor and back wheel share 1.