This is the Bugatti Divo. Photo source: https://www.bugatti.com/divo/

This is the Bugatti Divo. Photo source: https://www.bugatti.com/divo/ 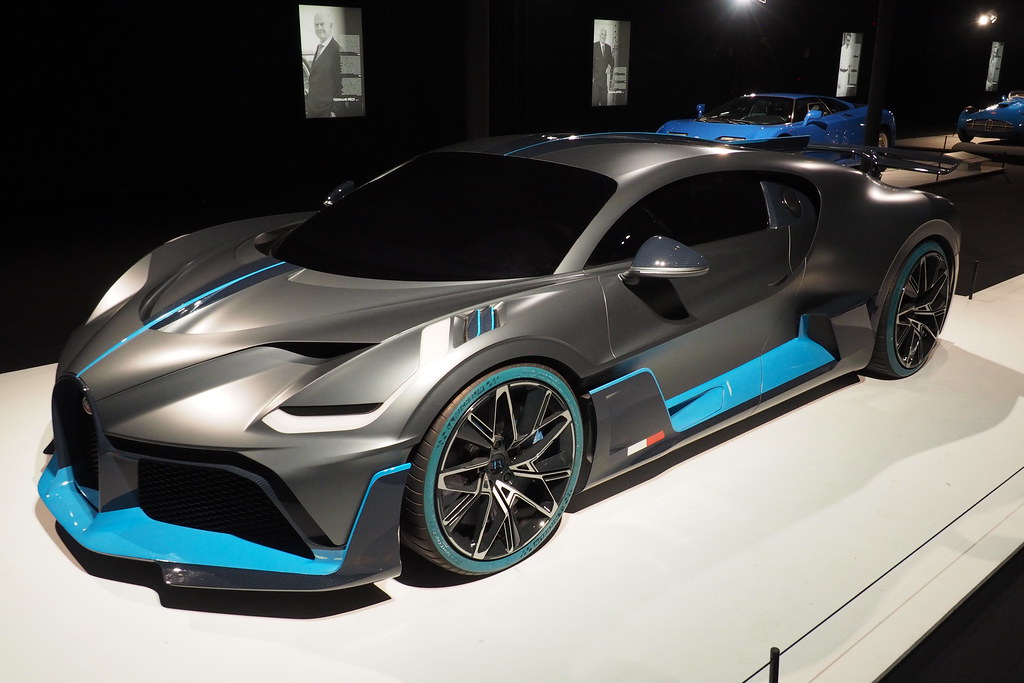 The 2020 Bugatti Divo is a French made supercar. The car was named after French Bugatti racer Albert Divo. The car was started in 2019 by Bugatti Automobiles and more are to be continued. However, the company will only make up to 40 Divo’s. The car is a 5.4+ million dollar car which makes it really expensive. In order to own a Divo, you must already own a Bugatti Chiron which is about 3 million dollars so that’s 8.4+ million dollars in order to own a Divo. Now to some really cool fact and features about the car.

The car can lap the Nado Track 8 secs faster than a standard Chiron. Reasons for that is because the car is lighter, weighing about 35 Kilograms=77.1618 lbs. The tires also have stiffer springs, dampers, and more camber. Another fact is that the cars produces 456 kilograms=1005.31 lbs of downforce. That’s at its top speed of 236 mph. The car has more downforce of about 90 kilograms than the average Chiron. The Divo has double decker wings at the back which is 1.8 meters wide. The wings are also hydraulically actuated so that you can also change the angle. That also depends on which driving mode your in.

On the back of the Divo, the diffuser is bigger than the one on the Chiron. The trim on the exhaust pipe is different than the one on the Chiron as well. The Divo also has a set of LED taillights at the back. The LED tail lights are also lighter than the standard taillight of a regular car. The engine of the Divo is the same as the Chiron, but yet, the car goes faster. However, the engine is a 8 Liter W16 Quad Turbo which is capable of giving 1479 brake horsepower. Inside the car is the steering wheel which also has a redesign steering wheel as well. The car also has back seats which is not meant to be sat in but is there to support the driver and passenger seats.