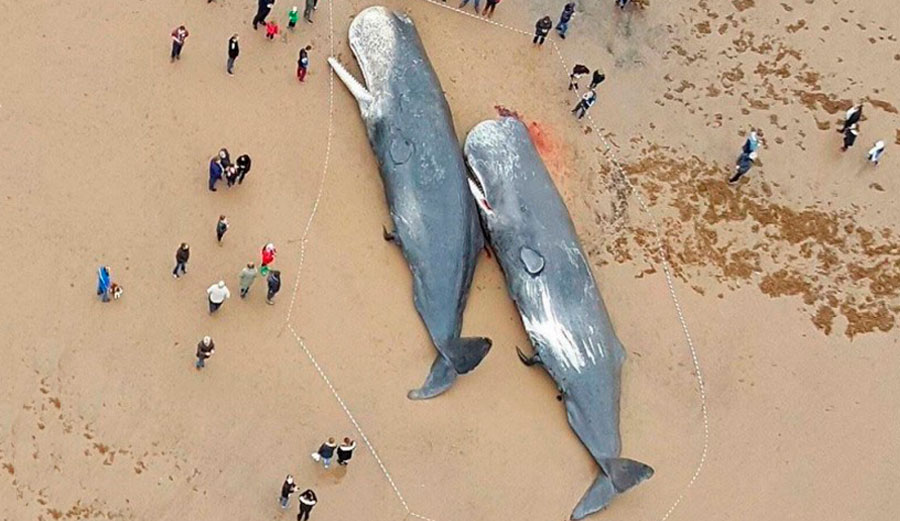 How does noise affect the health of our oceans?

The ocean is a big part of Earth. Literally. The ocean covers about 70% of the earth and the diverse ecosystems below it are amazing. Sadly, over time, technology and humans have started to destroy this beautiful part of our world. To bring light to a pressing problem that has emerged, ocean noise pollution is harming marine animals, and it needs to stop.

Several things cause the harmful noise throughout the ocean, but the three that cause the most problems are military sonar, oil, and industrial shipping. Noise pollution is very harmful. It disrupts the echolocation that many cetaceans, like whales, depend on to survive. They use echolocation to find food, navigate, mate, and communicate.

Over the past few years, more than 15 sperm whales have been found on beaches in Germany, France, and England. They have been found with plastic and odd garbage in their stomachs, but that’s not the weirdest part; they are found on coasts that are not even close to their migration path. Scientists believe perhaps they got distracted by squid, one of their favorite types of food,  and became so irritated by the noises they heard that they beached themselves, or “committed suicide”. The noise of sonar guns and high-pitched detectors causes animals to go deeper to escape it, and that results in bleeding eyes and ears. Unfortunately, sperm whales aren’t the only animals dying off; in 2003, there was a female squid found in the coast of Spain. Now, more than a decade later, scientists believe she may have been killed by sonar. More animals have died, including dolphins, who travel in packs, making the effect of sonar reach more members of a species.

We can actually do a lot to help our oceans. According to NRDC, some things that you can do to help are go to the government for funds to provide what you need, convince ship owners to quiet their fleets, and convince the navy to stay away from retreats while training with sonar. All these ways, but there is so much more we can do. We as part of the world have to protect it. If we just had the money and the people, we can help fix the mistakes the generations before us made. As the new generation, we must take action and save our oceans.